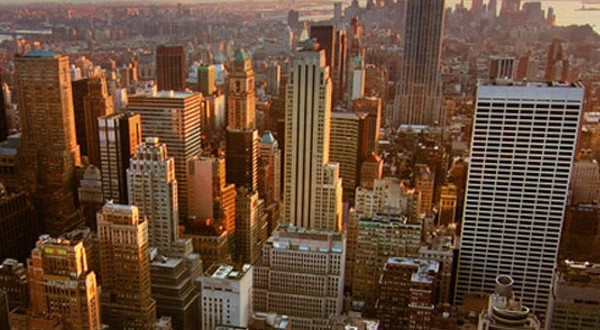 Daily Tour DURATION: 5.5 HOURS. Pick up at Jolly Madison Hotel (08:30) or Sheraton New York (09:00). The first featured stops are at Lincoln Center, Central Park West, the Dakota Building, the Upper West Side and Harlem. We’ll drive through the American Museum of Natural History, the Guggenheim Museum, the Metropolitan Museum, Museo del Barrio and the Frick Collection, and later through Fifth Avenue, Rockefeller Center, Radio City Music Hall, with a stop at United Nations for a stunning view of the Chrysler Building, followed by another stop in front of the Flatiron Building, including a view of the legendary Empire State Building. We continue downtown toward Greenwich Village through Bleecker Street, SOHO, and a stop in Little Italy for a guided walk to Chinatown. We later reach the Brooklyn Bridge, and we stop for a panoramic view of the Manhattan Bridge and Brooklyn.

We will later continue toward Wall Street, the Financial District, with a stop at Battery Park for a view of the Statue of Liberty (you can select to end the tour here). We will drive through the West Highway, with a view of the construction site of the new World Trade Center) and we’ll reach the fancy Meatpacking District (optional end of the tour for those who wish to visit the Highline). Lunch is available in one of the many restaurants in Chelsea Market. The tour ends at Herald Square (Empire State Building, Macy’s). The itinerary is subject to variations during special events (Parades, Marathon, traffic conditions).