Founded in the 13th century, Sukhothai, which literally means “Dawn of Happiness”, was the first truly independent Thai Kingdom and enjoyed a golden age under King Ramkhamhaeng, who is credited with creating the Thai alphabet. The superb temples and monuments of this great city have been lovingly restored, and Sukhothai Historical Park, a UNESCO World Heritage Site, is a must-see for all travelers. Sukhothai became an independent kingdom when two princes-Pho Khun Pha Muang and Pho Khun Bang Klang Hao combined their forces and drove the Khmers out of Sukhothai, then a major frontier post of the Angkor Empire.One of Thailand’s finest warriors, King Ramkhamhaeng, second son of Pho Khun Bang Klang Haok, made Sukhothai a powerful and extensive kingdom that even established direct political relations with China. Returning from the funeral of Emperor Kublai Khan, King Ramkhamhaeng brought back Chinese artisans who taught the art of pottery to the Thais. While visitors are eager to pick up today’s Sangkhalok Pottery, antique examples of such are eagerly sought by collectors.King Ramkhamhaeng also promoted religion and culture, and through his efforts Buddhism flourished among the population. Inspirational faith gave birth to classic forms of Thai religious arts; images of the Lord Buddha sculptured during the Sukhothai Era are cultural treasures that impart a feeling of peace and serenity.A total of eight kings ruled Sukhothai but the gradual decline of Sukhothai occurred during the reigns of the last two kings. The end of this first Thai kingdom occurred in 1365 when it became a vassal state of Ayutthaya, a rising power to the south.

Sukhothai, which literally means “Dawn of Happiness”, may be the most romantic of all former Thai capital cities. The superb temples and monuments of this great city have been lovingly restored, and Sukhothai Historical Park, a UNESCO World Heritage Site, is a must-see for all travelers, particularly in the evening when the graceful Buddha images are illuminated by lights, while exploring the grassy, tree lined park via bicycle, or most spectacularly, during the Loy Krathong festival, when hundreds of candle-powered, floating lanterns are released into the sky. King Ramkhamhaeng, who reigned over Sukhothai’s golden age promoted religion and culture, and brought Chinese artisans back to the city to teach his people the art of pottery. Visitors can visit villages still engaged in the production of Sangkhalok Pottery as well as Hat Siao cloth, named for the village in Si Satchanalai district, just north of Sukhothai town. This famous hand-woven cloth is produced not far from Si Satchanalai Historical Park, where the ruins of another important historical city can be explored. ( Credit: www.tourismthailand.org) 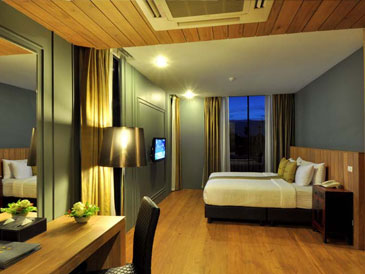 Sukhothai has a tropical climate influenced by monsoons . Rainy season is from May to November. Average temperatures stay between 25C and 30C throughout the year. DRESS CODE: light cotton clothing, comfortable shoes, sandals, hat, sunglasses. When visiting temples it is advisable to dress modestly and wear shirts with sleeves. Some classy venues such as restaurants require a smart casual attire.

Sukhothai has a good variety of shopping: local markets and shops.