hat comes into the mind of travellers when we talk about sea, sun and sand? Phuket must definitely be one of the answers. A number of exciting activities can be found on this island. In the early days of regional maritime trade, the cape of Phuket was locally referred to as Jung Ceylon, while locals called it Thalang, which evolved to be the name of the main town to the north of the island. As the perfect stopover sheltering traders from monsoons, Jung Ceylon welcomed merchants from India, Persia, Arabia, Burma, China, and also Siam. During the 16th century, the island was a popular trading port for tin. In 1785, Thalang town was surrounded by Burmese troops who invaded the coastal area. It was under the leadership of Chan, the widow of the governor, and her sister, Muk, who united the local residents and successfully fought and drove the invaders out of Phuket. It took over 30 days for the defending troops of Phuket, under the command of Chan and Muk, to claim their victory. As a result of such heroic deeds, noble titles were granted to Chan and Muk as Thao Thep Kasattri and Thao Sri Soonthorn, respectively. They are still highly respected by Phuket residents even today. When the city was in a peaceful state, the development of mining was so unprecedented. Chinese businessmen and miners later migrated to Phuket and soon enjoy thriving wealth. The island’s long history has shaped the Phuket of the present with its diverse ethnic groups, culture, architectural influence, and fine cuisine. These attributes have made Phuket a complete tourist destination that offers a lot more beyond its natural heritage of sea, sand, forest, and world-renowned diving sites. Sino-Portuguese architecture casts its spell delighting travellers to the city, while Phuket style of hospitality has never failed to impress visitors from all walks of life.Getting to Know: 1. Phuket is located approximately 862 kilometres south of Bangkok. 2. There are only two seasons in a year the green season (May to October) and the hot season (November to April). 3. Phuket is divided into 3 administrative districts: namely, Amphoe Muang, Amphoe Thalang and Amphoe Kathu. (Credit: tourismthailand.org) 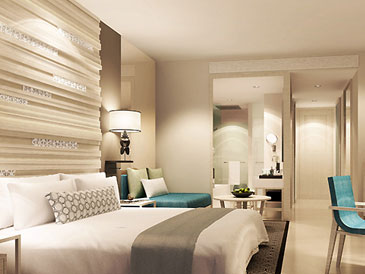 Phuket has a tropical climate influenced by monsoons. Dry season from November to April, rainy season from May to October. Average temperatures stay above 30C throughout the year. DRESS CODE: casual and beach attire, light cotton clothing, comfortable shoes, sandals: hat, sunglasses and a good sunscreen are essentials. When visiting temples it is advisable to dress modestly and wear shirts with sleeves. Some classy venues such as restaurants require a smart casual attire.

Phuket has a great variety of shopping: local markets and shops and some shopping malls. Most shopping malls open at 10 am to 10 pm.