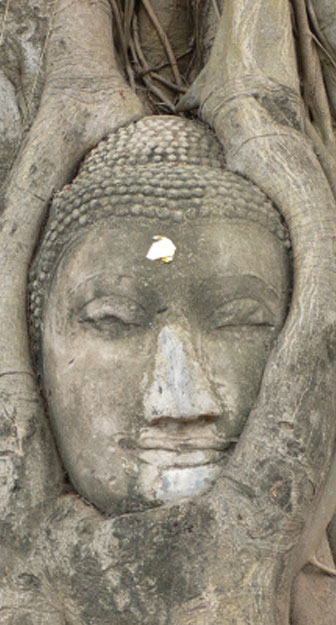 Depart Bangkok to Ayuthaya, passing through many main parts of the Angel City. Along the way, you will see an agricultural country Arrive at the Bang Pa-In Summer Palace, built during the Ayuthaya era. The palace is beautifully decorated in both traditional Chinese and European style. See the beautiful Aisawanthipaya- Art Pavillion, the unique Chinese-style hall with a vast collection of Thai, Chinese, and European artifacts, as well as many other outstanding monuments. The palace itself is a pretty garden with plenty of rare flowers. Arrive at the Ayuthaya, the Ancient city, which was the former Thai capital for over 400 years. The prosperous city used to dominate trade in Asia as well as being the center of trade between Thailand and many European countries, including Britain, France and Holland. Nowadays the glory and the beauty of the grand palace and Temples in the past vanished leaving merely a glimpse of ruins, despite this it is a good reflection of the past. River sun brings you a combination of both the ruins and the remaining historical attractions. – Wat Maha That. Over 600 years old, Wat Maha That was the heart and soul of the Ayuthaya people. It was almost completely destroyed by the Burmese during Thai-Burmese war. – Wat Na Phra Mane: Remains in perfect conditions, as it was used as the Burmese headquarters. The splendid Golden Buddha, dressed in regal attire, was place in the temple a long with the three thousand year old green stone carved Buddha. Both are considered as extremely valuable national relics. – Wat Lokayasutharam ha a mysterious past, hereby its origins are unknown. The temple enshrines a Largest Reclining Buddha Image which was built during the Early period of the Ayuthaya Region. The other two ancient temple, as well as the ruined site also surround the compound area. Depart Wat Lokayasutharam for the River Sun Cruise, at the river sun Traditional Thai style pier at Wat Chong Lom. Buffet Lunch: “Delicious meals served in the luxurious surroundings of the cruise boat”. – A full menu of Thai and European cuisines, desserts, seasonal fruits, coffee, and tea – Throughout the journey you are able to watch the Chao Phraya River banks scenery from the river sun Cruise, ether on deck in the fresh cool tropical air or from the refreshing air-conditioned passenger room. Either view you get an amazing ling clear view of the life of the inhabitants that dwell along the river, and the unforgettable scenery of children as they great the visitors going by, making it an altogether worthwhile experience. – Arrive at the city, the atmosphere and scenery shifts dramatically from the Thai-Style housed decorated with colorful flowers to the modern structures of downtown Bangkok. – Pass the Royal Grand Palace. The golden gild reflects the shimmering light from the Chao Phraya River, giving a unique impression unobtainable from land. – Pass by Wat Arun (The temple of Dawn). The glorious Wat Arun stands with serenity and charm, the light reflecting off the Chinese porcelain creates an astonishing view from the river. The temple was the former palace when the Thai capital of Ayuthaya was replaced by Thonburi. Arrive Bangkok and disembark at the RIVER CITY SHOPPING COMPLEX, and transfer you back to your hotel

Tour operates date is indicated in the chart. Pick up & Drop off time will be advice upon confirmation, depends on hotel location. Some attractions may not available after confirmation due to immediate closure. All details are subject to change due to out of beyond control situation. However, we will inform the change as soon as possible with the proper solution to clients.